Last year I saw a display at the City of North Vancouver City Hall for the PEDAW -Provincial Eating Disorders Awareness Week Campaign. I had not heard anything about it before and was curious about the “purple” bracelets with the logo “love our bodies” on it. I started taking part in the Goose Chase App Scavenger Hunt Game and through the different tasks saw the impact of each one that was making on my own daughter and to others who asked what I was doing. It gave me an opportunity to spread awareness and educate everyone I came into contact with about the campaign. 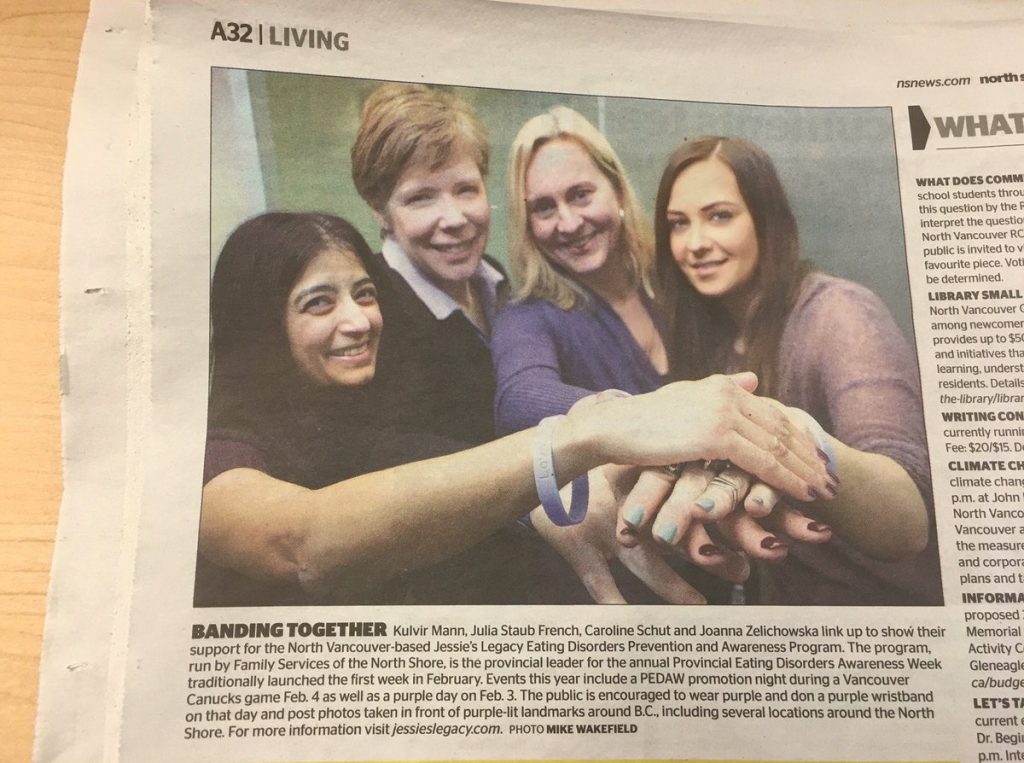 This year, I had the amazing opportunity to be a part of the wonderful group to raise awareness for PEDAW. We worked together for a few months to organize the events. One of our main goals was to get more media attention and more people involved to wear purple on February 3rd, 2017 which was “Light Up Purple”.

My personal hope was to get as many organizations and people I know on the North Shore to participate and help spread the word through various channels. I was so happy and grateful with the overwhelming support I got from Mayor Walton and Mayor Mussatto, many Councillors, MLAs – Jane Thornthwaite, Naomi Yamamoto and Ralph Sultan, our MP Jonathan Wilkinson, District of North Vancouver, City of North Vancouver, and West Vancouver Libraries, North Vancouver Recreation Centre and West Vancouver Recreation Centre, North Vancouver School District, West Vancouver School District, RCMP, West Vancouver Police Department, Vancouver Police Department, Vancouver Park Board and the Vancouver Canucks dedicating a whole game to the cause. There were over 40 venues that lit up purple all across BC. It was so beautiful to see these organizations taking part and using that platform that was so visible to reach more people by doing so. We had media exposure via North Shore News, Global BC News, Z95.3 and 104.3 Radio Stations, City Of North Vancouver Newsletters, MLA Naomia Yamamoto’s Newsletter and countless websites and Social Media accounts – Twitter, Instagram & Facebook – of all the above mentioned organizations. 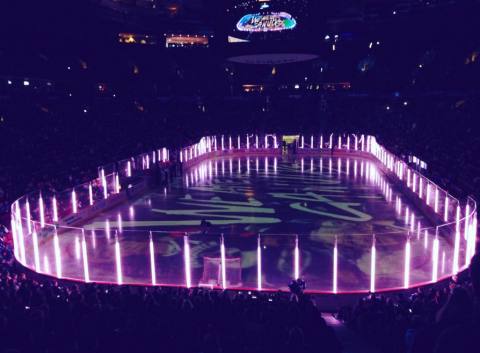 There were a lot of people who saw the messages I was posting and followed all month long and encouraged and supported me with kind and thoughtful messages all month. Some of them were my friends, some our new friends and some who just wanted to help even though they were not even in BC. My school community of friends and colleagues were so generous and wore purple and took pictures with me to support PEDAW.

It was a fun and engaging month for me to be part of something that was spreading a positive and loving message. There was a huge buzz for the first week and everyone was talking about PEDAW. It was great to have that attention and use it to spread awareness and continue the conversation over the month of February through the Goose Chase Scavenger Hunt Game. As I posted my tweets and messages on Social Media, it was a way to keep the community engaged and participate with me on the tasks. It made me feel part of a kind and inclusive community where we are one big family taking care of each other on the North Shore. It shows that we can accomplish anything if we work together and support one another in whatever challenge we may face. It was a beautiful experience that I was so appreciative to be a part of. I hope we can do even more next year. We are all unique and our weight does not define us!