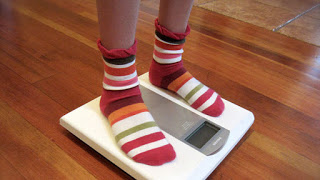 The number of young children hospitalized for eating disorders is on the rise amongst preteens and children in B.C., and that’s leading to an increasing demand for more education and treatment, according to health care workers.
“Girls as young as three are aware of fat and don’t want to be,” says Mimi Hudson, director of community and provincial programs at Family Services of the North Shore.
“In Canada, there are kids as young as seven who have been diagnosed [with an eating disorder]. That’s pretty serious,” she adds.
Aman Dhaliwal, a clinical resource nurse at the B.C. Children’s Hospital eating disorders inpatient clinic confirms the number of young patients is rising.
“It’s growing,” says Dhaliwal. “There are more kids that are under the age of 13; probably about 20, 30 per cent of our population [at the inpatient clinic].”
Jackie, the mother of the youngest child ever treated for anorexia at B.C. Children’s Hospital as an inpatient, says she was completely caught off guard by her daughter’s illness.
“It didn’t even occur to me that she could have an eating disorder. I thought that happened to teenagers. She was nine,” said Jackie, who wished to remain anonymous in order to protect her child’s identity.
Anne Bissonnette, 21, of Kelowna says she can trace her eating disorder back to age three, even though she didn’t receive treatment until she was 14.
Bissonnette says doctors need to be more discerning on picking up eating disorders in young children.
“I had gone to so many doctors for health problems and no one picked up on it. They just kept telling my mom, ‘No, no, no. She’s a picky eater. She’s fine.’ And I wasn’t.”
In British Columbia the only inpatient unit for youth with eating disorders is at B.C. Children’s Hospital in Vancouver.
But resources are limited and Dhaliwal says a specialized unit for children and preteens with eating disorders isn’t viable.
“I don’t think the population is big enough to accommodate a sole specialized program for [younger children].”
“We have different care plans in place for the older ones and the younger ones,” affirms Dhaliwal.
As the parent of the youngest child ever to enter the program at the time, Jackie said staff at times seemed unprepared for such a young patient, but says they were flexible enough to accommodate some changes at her request.
One change was to allow Jackie to stay later than other parents so she could tuck her daughter into bed at 8:30 p.m. A second change was not to put her daughter in group therapy with the older teens.
Dr. Ellen Domm, a registered psychologist and certified eating disorders specialist who runs a private practice in the Vancouver area believes that the healthcare system is doing the best it can with its limited resources. But she is concerned that is still not enough.
“I don’t think everybody who needs help is getting help,” she says.
“I think they need more of everything: more doctors that help to identify problems when they’re in their beginning stages, more therapists, more support.”
As a survivor, Bissonnette says part of the solution is more education for everyone involved.
“If no one knows what’s going on, how can they solve a problem?” asks Bissonnette.
B.C.’s eating disorders awareness coordinator is Amy Candido. She works at Jessie’s Legacy, a support program of Family Services of the North Shore that focuses on eating disorder prevention by educating youth, families, educators and professionals on healthy eating and exercise habits.
She agrees that schools, families, healthcare professionals and communities need to be more aware that eating disorders can occur in pre-pubescent adolescents.
Candido suggests many changes need to be made to stop young children from developing poor attitudes towards food, including having schools implement eating disorder awareness lesson plans and removing diet drinks from classrooms.
She also says that both parents and teachers should be careful how they talk about food, exercise, and their bodies in front of children.
“Kids are watching. They’re listening to how you talk to your body.”
Domm believes that nutritional and eating disorder education has to start at around age ten or 11, when children become more self-conscious and begin comparing themselves to others.
“We teach our kids sexual health at a young age. We teach them what’s appropriate and not appropriate behaviour at a young age. I think it would be good to do the same thing regarding food and nutritional requirements and acceptance of different body types,” Domm says.
“When I ask my clients, ‘How old were you when you started feeling uncomfortable with yourself?’ 11 seems to be the age that I hear over and over and over again. So clearly we’re not reaching our girls early enough to give them a good sense of self.”
As a mother and an elementary school teacher, Jackie also believes the school system needs to provide more education for parents.
“I think PACS in schools putting on eating disorder nights for parents would be really important, or having a community health nurse come in to talk to parents. That would have really helped, because if it had been on my radar I might have picked up on it sooner.”
There are many hypotheses as to why younger children are becoming more aware of their bodies and dieting.
“They’re hitting puberty a lot sooner. I’m also noticing the media is targeting younger and younger ones,” says Candido.
“Kids are having sexual involvement earlier; there’s all kinds of things around maturity that are sliding down in terms of ages,” adds Patricia Roles, a social worker and private therapist who has treated eating disorders in youth and adults for 31 years.
And it is important to remember eating disorders don’t discriminate, says Jackie.
“We know it happens to boys, it happens to kids, it happens to adults. It’s not just teenage girls,” she says.
Source:
CBC Newsday
http://www.cbc.ca/news/canada/british-columbia/story/2013/03/25/bc-newsday-preteen-eating-disorders.html