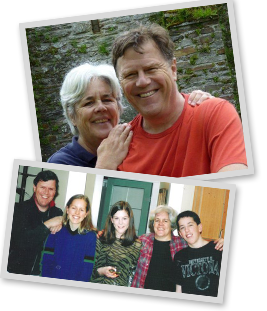 I have difficulty saying the word suicide. I have difficulty writing the word. Before my daughter Jessie took her own life in February 2002, I had personally known only one other person who had died by suicide. That was some 25 years ago. He had been a student at university. His parents, neighbours of my family, were shocked and devastated. They had had no prior indication of his mental turmoil. I remember thinking at the time that to lose a child to suicide must be the most painful thing that could befall a parent. It seemed unfathomable.

Our own circumstances differed in that we watched our daughter battle her demons for six years and through two previous attempts of suicide. So we knew the possibilities and because of that, I felt that some little corner of my mind had to prepare itself for that worst possible of outcomes. Even so, the mind plays strange games with us. Following her second unsuccessful attempt, I had a giddy, euphoric sense of optimism. This was such a low that I felt that it was our turning point. I thought that things couldn’t get any worse, so it would be a steady road to improvement from then on. Somehow this same feeling didn’t occur to Jessie.

I watched her try. I saw her beg for relief from her mental exhaustion. I sat with her in the emergency ward for days, waiting for a bed in an overcrowded psych ward where there were not adequate facilities or staff to deal with her depressed, suicidal, bulimic condition. I sat waiting in another emergency ward, waiting to have her self-inflicted arm cuts stitched, as she was humiliated by the doctor who told her she was ‘wasting their time’ by doing this to herself. I tried to keep up to date on the variety of medications she went through – antidepressants, antianxiety and sleeping medications – meanwhile asking myself how the medication could work while she binged and vomited several times a day.

Alcohol joined in the mix over the last year. I am left with an indescribable sense of emptiness. I know that the sad, lonely, mentally and physically exhausted child that I lived with was just one of so many others that live in our communities. I have so many unanswered questions, so much anger for the inadequacies of a medical system that wasn’t able to treat my Jessie as an individual with her own unique needs.

Jessie suffered with shame and guilt, and there continues to be an aura of denial and shame around speaking openly about mental health issues. It remains an area crying out for increased awareness and for improved steps toward prevention. I weep for the wasted years of each individual caught in their own dark dungeons and for the lost innocence of children debilitated with depression, unable to reach out to find the comfort and peace they seek.

Like so many of those left behind after a suicide, I will endlessly wonder why our love was not enough to help Jessie rediscover a love of life and of herself. I will continue to work toward improving the outlook for others who walk the lonely path of the suicidal. I believe we should be doing a far better job of supporting those individuals caught in the web of depression and yet, at the same time, I find that I hold a huge respect for Jessie’s choice to end her own torment. As much as it has been heartbreaking to have lost our battle, it was equally heartbreaking to watch her suffer through it. I wish her peace.