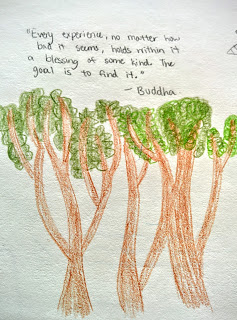 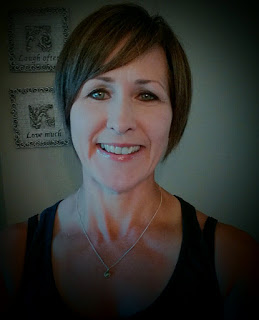 August 1, 2013 was the most difficult day, as a mother, that I’ve experienced yet.  It was the day my husband and I took our daughter, Avery, to St Paul’s Hospital to be hospitalized for anorexia, she was 18 years old.

If I close my eyes, I can see it all.  I can feel the grief, sadness and guilt for leaving her there.  Though it seemed surreal and difficult to believe; her life was hanging by a very small, weak thread, and indeed, it was real!

Back then we were immersed in a battle…an all out war. The enemy, anorexia, a destructive, life threatening illness that was attacking Avery’s mind, body and spirit!  However, Avery fought with everything she had and won the war.

Avery has come a long way from where she was.  It hasn’t been an easy two years, not by a long shot!  Especially for Avery.  She has continued to fight her way through every day. She has remained strong and positive, even on the tough and tormenting days.

In a guest blog I wrote for PEDAW in February 2014,”Fighting for Avery”, I spoke of raising awareness once Avery was stabilized.

Throughout 2014 and 2015, I’ve raised awareness by organizing Professional Day Workshops for Teachers and Educational Assistants. I was also successful with scheduling a workshop at Richmond’s annual “Learning and the Brain Conference” in February 2014, where parents were also in attendance.

In May 2014, I arranged a workshop at Thompson Community Centre for “Move for Health Week” for Personal Trainers and clients of the Centre.

Amy Pezzente, (Co ordinator of PEDAW), graciously presented at all of these workshops. She not only spoke about eating disorders, but she stood in front of strangers and bravely told her story of battling anorexia and bulimia.   While she spoke, you could have heard a pin drop!

I attended all of the workshops and would raise my hand to speak and share our experiences.  Without fail, there would always someone needing information about eating disorders, because they had concerns for someone close to them. Often times it was more than one person requesting information.

I’ve contributed in a very small way to help bring awareness to eating disorders. I am one person, one voice, but put me with all of the other voices who are doing the same; we will be heard…we are being heard!

We are no longer held tight in the grips of an eating disorder.  We are in a different place, a healing place and a place where, for the most part, the eating disorder is behind us. We don’t look back very often.  When we do, it’s with pride of how far Avery has come.

While Avery was in hospital, I met some wonderful women.  They helped Avery get through the first few days and fortunately, they were there for her at moments I wasn’t.  I’ve recently learned that two of these women are in hospital now, as I’m writing these words!  I was saddened upon hearing this news.   M and L, you are both in my thoughts!  I wish you strength as you fight ED!  Keep strong!!  Sending you both love and encouragement to get well!

If you suspect someone in your life has an eating disorder, do something, say something!  Don’t wait!  Don’t ignore the elephant in the room. There is help.

If you’re in the beginning or in the midst of supporting someone with an eating disorder, I can tell you this, you are not alone!!  Eating disorders are very complex illnesses that are hard to comprehend and they can be incredibly isolating, for both the sufferer and the care giver.  Learn all you can about them and advocate for your loved one. Attend all appointments and meetings. Ask questions and make sure you get answers. There is a light at the end of the very dark tunnel.  Remember to love and care for them and yourself!  Be patient!

In hospital, Avery had a drawing book.  In this book, while visiting, I’d write letters, draw, doodle, color, write poems and inspirational quotes.  Before leaving her each night, I’d lay the book open to the newly written page on her pillow. We’d say our good byes.  (This was always a difficult part of our day).  This book brought comfort to both Avery and myself as she always had something positive to read before going to sleep.  Often she would draw in it as well. The attached drawing is one she drew and she wrote the quote from Buddha above the trees.

I keep the book tucked away; however, I bring it out from time to time to remind myself of the love and support I gave to Avery during her most challenging times.  It brings me to tears each time I read through it.  It is also a reminder that her illness, as surreal as it felt, was far from surreal. It was this book that inspired some of my words here today.

Eating disorders are NOT a choice!  They are a mental illness that requires immediate care and treatment from Eating Disorder Specialists and many other medical professionals.

~ “Your ability to heal comes from knowing that you WILL heal” ~

Tracey has witnessed the vast destruction an Eating Disorder has on a person.  Eating disorders are indeed prevalent and still so misunderstood. Tracey anticipates the day where the stigma and assumptions associated with Eating Disorders will diminish and that others will carry the same understanding and compassion for Eating Disorders as they do for other complex, life threatening illnesses. Tracey is a daughter, sister, wife, mother, friend, animal lover, dedicated athlete and chocolate connoisseur!  She is an Educational Assistant for the Richmond School District.  Tracey resides in Richmond with her family.

“Compassion brings us to a stop, and for a moment we rise above ourselves.”
~ Mason Cooley