I think I was about 12 years old when I realised I liked other boys. I stayed uncomfortably ‘closeted’ for another 10 years before I started opening up to those closest to me.

Throughout those in-between years, and as many young people do, I became increasingly self-aware and aware of those around me. My last year of middle school stands out in particular. Multiple times a day, as if I was coaching myself through each interaction I had with my classmates, I tried to act as straight and masculine as I could by paying close attention to my mannerisms and the words I used to describe the things I liked or did. Just nothing gay, Andrew, I’d tell myself to quell the fear of being found out. I knew I was different and that the only way to survive was to hide and remain hidden. The strategy was to act straight. Act normal.

Operation Act Straight failed miserably. Kids in middle school can be incredibly mean, just like the boy I, tragically, liked. Let’s call him Mike. Mike was tall, handsome and athletic, though not the most intellectually astute. Girls swooned over him and his soccer team entourage man-crushed hard over him, co-signing every comment and agreeing with just about anything he said or did. He also happened to be the meanest out of all the bullies at school. Mike enjoyed publicly shaming and bullying me in homeroom, music class, gym class and outside in the school yard before and after school by verbally emasculating me using every homophobic word or joke in the book. There were few moments throughout a school day where I felt like I could let my guard down without the anxiety of impending torment washing over me. Mike was the first person in my life to call me a faggot. And he was not the last.

In many ways, Mike embodied the type of straight guy who would bully me for years to follow. Privileged in his cis-gender, male straightness with the kind of looks mainstream society deems to be the most attractive (i.e. white, tall, athletically built with asymmetrical facial features), he walked about this earth differently than I did. Even if in the quietness of his own heart, he didn’t feel like he was enough, the world around him by and large told him every day that he was. The world seemed to have a different message for me.

For reasons I’m still not entirely sure of, the gay community has in many ways adopted the Mikes of this world as the gold standard of attractiveness. On gay male-targeted social apps, it isn’t uncommon to see profiles that state, “No femmes, no fats, no Asians” and/or “masc only”. I so desperately needed a space to belong to but found it difficult. It was especially difficult in the years I gained a noticeable amount of weight (say, 40 to 50+ pounds). For example, at 22 years of age, I was a 5’7” gay male who was nearly 200 pounds and wore a blazer or zip-up hoodie every day in the blistering summer heat to hide my body. I was oftentimes invisible – even in a sea of people at social gatherings. I was either someone’s friend or the funny guy but seldom the one people found attractive. 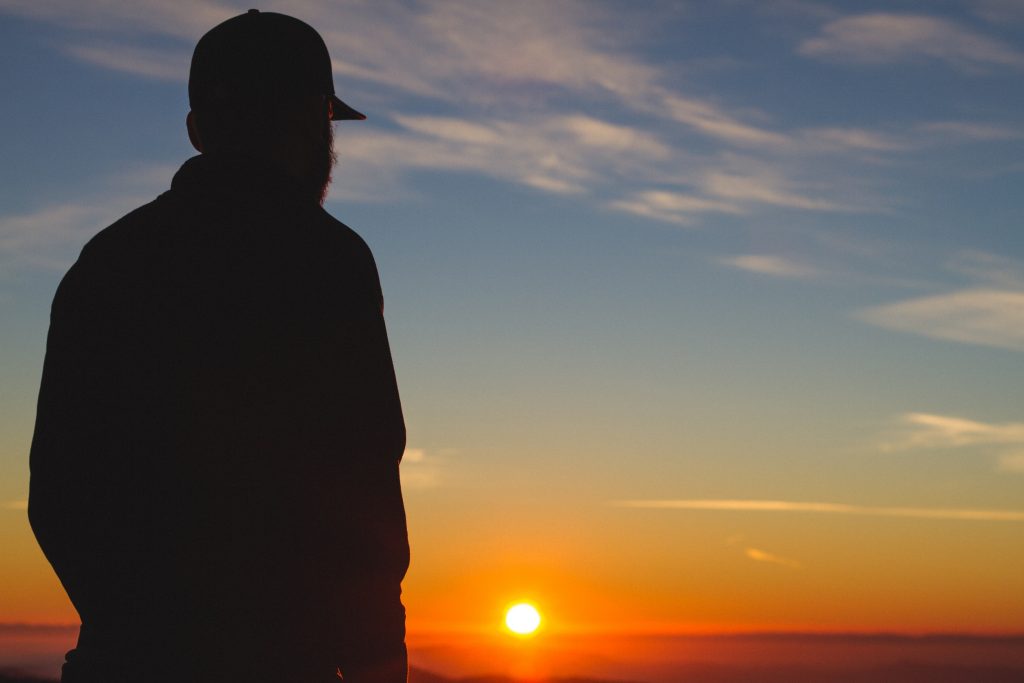 I grew up in a closet and getting bullied. And when I came out of that miserable closet, I stepped into a community where I felt undesirable because I was oftentimes told that I was undesirable. There were moments in my 20s where I’d stare into my bedroom mirror for almost an hour every other day, moving around my cheeks, considering what I’d look like if my eyelids had folds or pinching the flesh around my waist and telling myself I’d hit the gym and lose some weight before I put myself out there. I was constantly comparing myself to someone on TV, someone at the gym, at a birthday party… on a poster, on the street. They were always impossible and unfair comparisons to make when no matter what I did, I never thought I was enough.

I wish I was the only one who experienced the torment of identity and body image. But as is the case with any sort of battle in anyone’s head, I was not alone in this struggle. I know a hoard of gay men who get anxious about their bodies before annual Pride celebrations but try and hide it under the guise of a fat shaming food joke related to building a ‘Pride Body’. It’s a far departure from our Pride roots – the Stonewall Riots – where queer women and men, many who were trans and/or people of colour, who literally risked their own livelihoods and safety to push back against violent discrimination. They fought to exist. To be seen, heard and hopefully one day, understood. Getting a rockin’ “Pride” body was not on the agenda.

I am fortunate enough to have family and friends who have been an extremely positive force in my life and have had the privilege of being able to access help and resources to guide me out of potentially dangerous behaviours and beliefs. I don’t always love my body but rather than pushing myself to just believe it because I should, I have given myself permission to feel not okay and then to process my feelings around it. I’ve learned to be honest and vulnerable with myself and others, so I can keep moving the needle on self-kindness and –care.

Embracing my identity and body image are things I think I will consciously manage for many years to come so long as body shaming, racism and homophobia continue to exist. And I think this is something deeply felt by many others in the LGBTQ+ community. We continue to live in a pinball machine of diametrically opposing messages and everything in between loving ourselves and the need to change ourselves. This world can be difficult and oftentimes impossible to navigate.

Yet there are unrelenting forces of change that are raising the voices of those who need to be heard in this particular space. Individuals and organizations are clapping back with the undeniable truth that LGBTQ+ people deserve to feel whole and feel like we are enough. There is also a growing recognition and work being done around the truth that mental health is a community responsibility and that caring for our mental health will look different for LGBTQ+ people because our experiences living in a cis-heteronormative world has meant creating spaces for ourselves where there were none. Believe it or not, this comes at a cost.  To me, we need to create caring communities where inclusion is an attitude guided by goodness within ourselves and not only a set of external policies monitoring our behaviours for reward. We need to practice kindness to ourselves and each other daily.

This Pride, I think about all the ways in which our LGBTQ+ and allied communities have pressed ahead to create equalities, freedoms and to command the respect that we deserve. And I also think about the thousands of LGBTQ+ children and youth who are navigating the varying complex journeys of finding ways to be their honest, authentic and beautiful selves oftentimes in the face of life-threatening violence and discrimination every day. I acknowledge the progress made because of our Stonewall pioneers and the work that still needs to be done.  And I remember the 12 and 22 year-old versions of me who did the best he could to love his body and himself.

Andrew Chung is the Director of Development at Family Services of the North Shore. 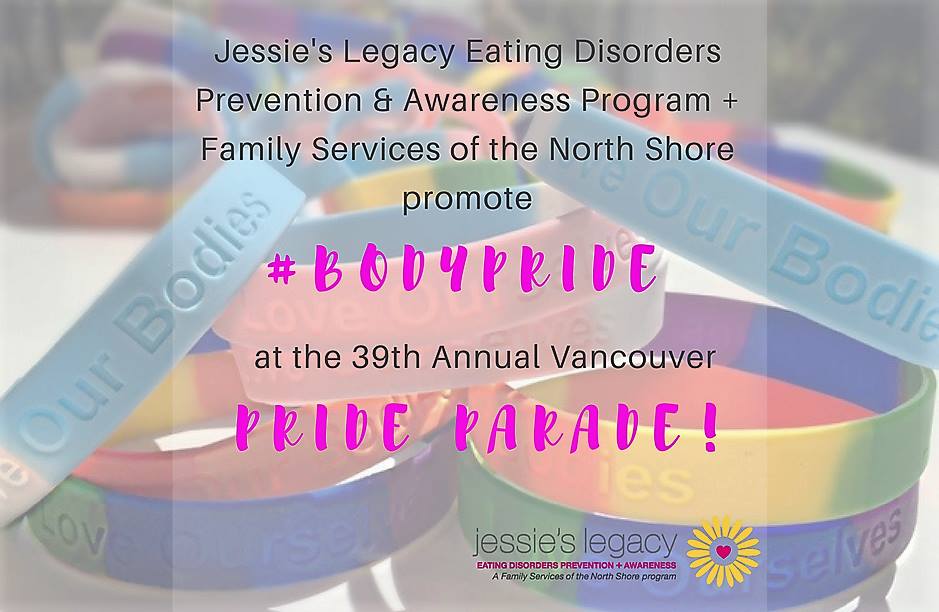 We will have a booth at the Sunset Beach Festival to promote our unique theme of #BODYPRIDE!

In the meantime, be sure to check out the Family Services of the North Shore Gender Diversity Support Group:  www.familyservices.bc.ca/index.php/programs-a-services/gender-diversity-support 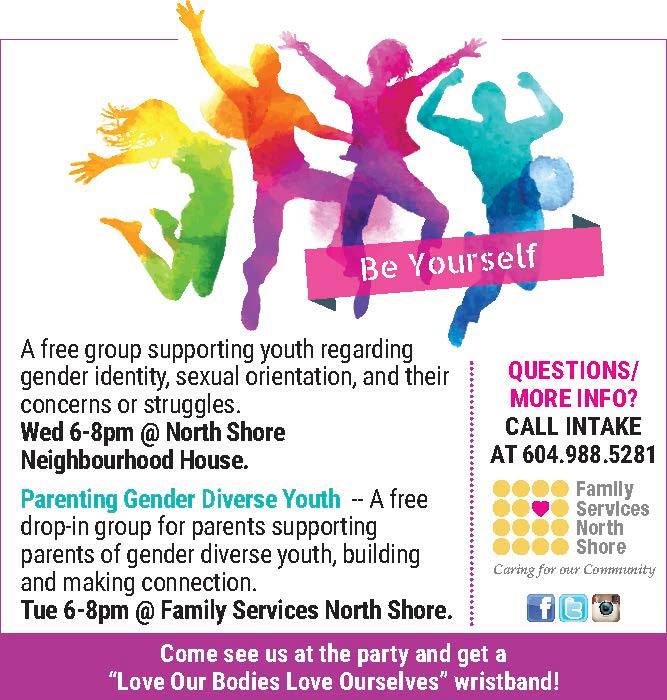