I remember when I was in high school and I would spend hours scouring magazines, cutting out articles on how to lose weight and get the body that would finally make me happy. In reality, I was an athletic young woman who did not need to lose weight, but everything around me was telling me that in order to fit in, I had to look a certain way. I spent years unlearning this idea and only now in my late 20’s do I feel like I am there.

Looking back, it is really no surprise that I felt so unattractive and in that, unworthy of love and happiness. Every magazine I read was focused on making me feel ugly and needing improvement in order to get me to buy the products advertised within their pages. And for a long time, it worked. I spent most of my hard earned babysitting money on lotions, concealers, nail polish and beauty products that promised to make me into a prettier, happier and better person that I was told I needed to be. I followed the exercises in the magazines and severely reduced my diet in order to be ‘my best self’. And despite what they told me I was going to feel like, it was one of the worst times of my life. I felt like I was always losing despite my best efforts and intentions.

I struggled in this existence for a long time and mostly by myself, as I was too embarrassed to talk to anyone about how I was feeling. But as I struggled, I also gained a lot of clarity about how incorrect the media was when it came to images of women. And then I started to get angry. After all, I was living proof that following all the make-up and exercise routines did not, in fact, make me happy. I was a full on miserable young woman. It took some time (and anger) to realize that what I was being told by advertisements and beauty commercials had nothing to do with helping me be my best self and everything to do with money. Beauty, cosmetic, and fitness companies are multi-billion monstrosities that focus on the following ideas:

As I said, it took me a long time to appreciate that I was the one who decided my own self-worth. It wasn’t easy and it still isn’t, but there are a couple ideas that I hold on to as being absolutely true:

So while I still have the occasional bad day where I let the media affect my sense of self, I know in my heart that when it comes down to it, I am a smart, capable and determined young woman. And that is a beautiful thing. 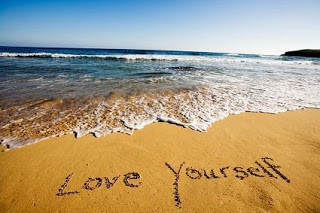