Sarah-Kate shares with us an insightful experience of how harmful stereotypes are when it comes to eating disorders. As someone in a bigger body, she explores and shares how the dismissal and invalidation of her experience hurt her mental and physical health during her journey.

Q: Tell us about how your relationship with your body and/or eating habits first began to change. What stage of your life were you in? What major events played a role?

A: My family was pretty poor, so food security was always an issue. I would steal and hide food at friends’ houses and would eat in closets or after everyone was asleep at sleepovers. I noticed these behaviors in my ED later on. Everything essentially took off when one of my family members did. She met a man in the U.S. and left to be with him. This was when I was hitting puberty and I remember feeling very uncomfortable with my body changes. I was always being told to “flaunt it” if I had it and that if it was “once on the lips, it would forever be on the hips,” and those two sayings played on repeat in my mind.

I was generally a short and small girl already while growing up, but when I got the flu in 8th grade, I dropped several pounds. When I went back to school after a few weeks away, two girls who were seen as popular said something along the lines of: “You look so much better now, keep it up.” So I put two and two together: having the flu meant a restricted diet and throwing up which resulted in weight loss and compliments. This went on and off for a few years until I eventually got diagnosed with EDNOS*. I had been bullied since kindergarten and just wanted people to think I was pretty. It was also around the time my English class was reading a book called “Walking a Thin Line,” which is a book about a girl with anorexia. This triggered me and actually gave me a lot of ideas for ED behaviors.

*EDNOS stands for Eating Disorders Not Otherwise Specified, a term used to describe individuals that exhibit signs/symptoms of an eating disorder but does not meet all the clinical criteria required for a diagnosis

Q: What were changes in your thoughts, feelings, or behaviors that you noticed during this time?

A: I was very self conscious; that was probably the main thing. I became obsessed with rituals surrounding food like eating the same thing every day, only using certain dishes, and so on. I made myself very busy to avoid eating. I was in every club, every church group, hung out with all different types of people. I didn’t want to be alone. I wanted to keep moving. Once fitness trackers became a thing, I would try and get a certain amount of workouts or steps in. It became a numbers game. I would constantly have little “thinspo” books that I created and hid from everyone, which was like a diary. It was the only place I could be truly honest about how I was feeling.

Q: Were there any cultural expectations or ideals that played a role in your journey?

A: Culturally speaking, there were many that I was a part of that triggered different aspects of my disorder that all seemed to be contradictory to each other. When I played basketball, I was told to to be muscular, to build my endurance, and work out harder. On the other hand, being in a very Western-centered evangelical church, I was expected to be thin, feminine, wear dresses, be modest and hide my body, and was not allowed to wear bikinis or anything revealing. This took a toll on my body image and made me ashamed of my body. My family culture was very focused on hard work to the point of overworking ourselves. This fed my disorder in a dangerous way. No matter where I went or what I did, I was expected to be something different. 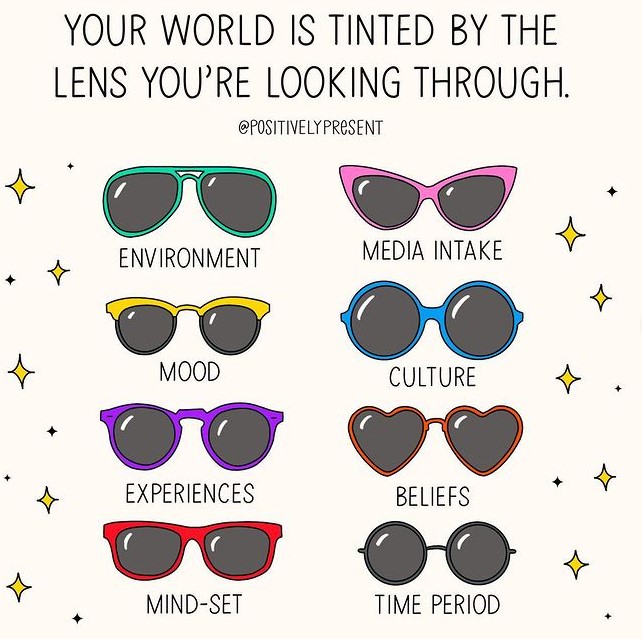 It was also the worst not being taken seriously being in a bigger body and struggling with an ED. When I first reached out for help, I was at a “normal” weight, however, I’m short so my stats needed to be very low in order to fit a medical diagnosis. Now, it’s even worse that I’m in a bigger body because it’s harder to be taken seriously. It was very detrimental to my recovery and health.

Essentially, a couple doctors accused me of having BED* and said it’s not a real ED (I was actually bulimic with no binging, just compensatory behavior). The girls in some of my group therapy sessions were very competitive, and I was always the biggest girl in the room, therefore I felt like my recovery was not taken seriously. There are so many misconceptions about EDs that if you don’t look or present a certain way, you’re invalidated. I got so sick from trying to make myself smaller in order to be taken seriously. I almost died. My heart just stopped. Now I have so many medical issues. I had to be close to death in order to get the help I needed.

*BED stands for Binge Eating Disorder, an eating disorder in which an individual consumes a large amount of food past the “full” feeling on a regular basis, usually very quickly and usually in secret

Q: Can you tell us some more about your experience of not being taken seriously being in a bigger body?

A: Growing up, I was always quite short and my weight seemed to “fit” my stature. When I started experiencing all these symptoms and behaviors of an eating disorder, a doctor said, “Well, you’re not underweight, so you’re fine. It’s a phase, which you’ll get over.” I completely believed it and didn’t question it.

These types of incidents only happened more, especially during the outpatient treatment program that I chose to be in. In the outpatient program, people seemed to have this attitude of questioning why I was there. Therapists and doctors would even tell me that I was “too fat” to have an eating disorder. When I moved to Vancouver, I began to see a new doctor who was always validating and reassuring, which was such a breath of fresh air. Unfortunately, there was a time when my doctor had to be called away and I had to give my outpatient forms and such to another doctor that day. They said, “Oh this is for an eating disorder clinic. Are you there for binge eating?” I remember being in disbelief and asking why she’d think that. She only replied, “Well, you’re far too overweight to be anorexic.” Those words encouraged me to delve into deeper into my dangerous habits. This doctor even gave me a Post-it note with my weight on it and said to stick it on a mirror so I’d stick to weight loss.

I wasn’t able to speak up for myself at that point and this incident caused such an intense relapse for me. I felt like I wasn’t “sick enough” and even left outpatient treatment after that. I felt like an imposter who wasn’t “deserving” to be in treatment and like I didn’t fit this image in their head of what someone with an ED would look like. Now, I’m a pretty big advocate about telling others that EDs can affect people regardless of their weight or appearance.

Q: Did social media negatively or positively impact your self-esteem?

Q: Did your relationship with loved ones change in any way when you had an eating disorder? If so, how?

A: Unfortunately, I tried to tell them I needed help and it was met with the response that it was “just a phase.” I had a couple other friends who had EDs and we stuck really close together but never talked about it. We just let each other do whatever. Later on in high school, my interactions with youth leaders  and church leaders was based on mentorship and having them constantly trying to find treatment options that didn’t need parental permission. I tried to tell my doctor but he told my mom and they said that it was just a bad diet and I would stop when I got hungry.

Q: What did loved ones do to support you that you found helpful or what kind of support do you wish you had received?

A: It was really only my church leaders who were trying to help. They would offer to eat with me and cook for me but never understood the ED itself. I honestly don’t know what I needed at the time but nothing seemed to help. I think the most helpful thing was distraction. We did a lot of fun things that I never would have initiated, since there were a lot of barriers for treatment, therapy, and recreation since I couldn’t afford it at the time.

Q: What resources or types of support did you find most helpful during this time?

A: I absolutely loved group therapy. Private sessions always made me feel awkward as a kid because I was not in touch with my emotions or the reasons behind them. In group, I had the luxury of hearing others and it was like they could verbalize everything that I couldn’t. Most recently, I find DBT* to be the most helpful! I still use those skills pretty much everyday. 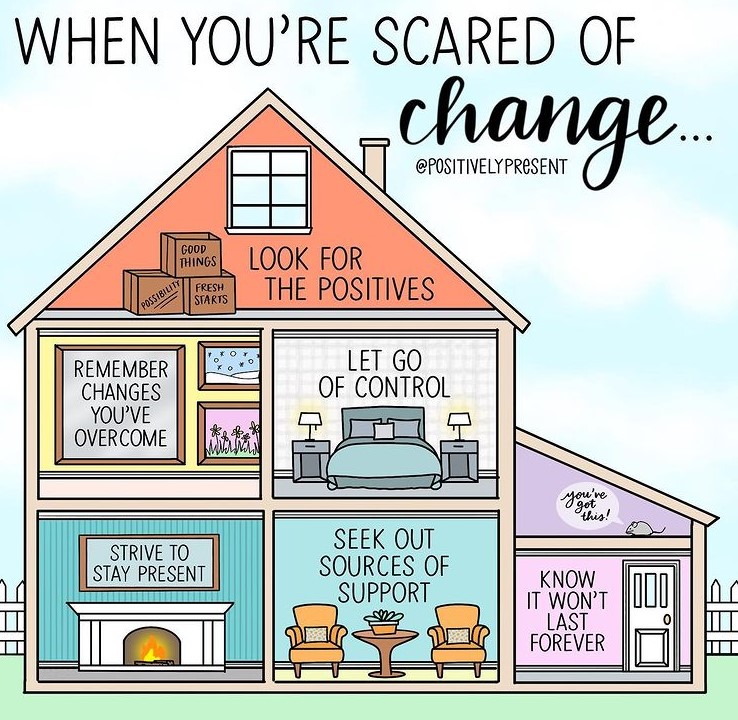 Q: What kinds of self-directed behaviors did you find helpful?

A: Lots of DBT tools such as grounding exercises and learning to move in enjoyable ways. I found a love for roller-skating, softball, basketball, and long walks! Things that just helped me think about something else. Learning to eat to nourish myself was also a huge part of my recovery. By being somebody in a bigger body who has had lived experience with an ED, I now know that you don’t need to be a certain weight or size in order to struggle. I’m at a place where I’m able to be understanding and to know that I’m worthy.

Sarah-Kate (or as her friends know her, SK) is known to be candid surrounding mental health. She is passionate about the awareness of eating disorders and other mental illnesses and believes that laughter is the best medicine. SK is currently chasing her dream of being a social worker and spends her time sharing her story and cracking jokes any chance she can get. A good cup of coffee in the sunshine is her favorite feeling. 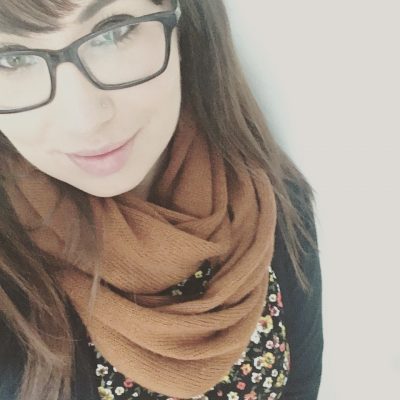